In touch with Emma

I am an artist. I love paper. I love using limited color/colour. I work quickly in oils and with pastels. Things close to hand make the best subjects for me. I write everyday.... shopping lists, to do lists, poetry of sorts... and a diary, often on the same page. And now I take photos everyday.....and I think I am a street photographer. I am 'In touch with Emma' at ~ gillmcgrath.com

touch the tin cans and ketchup (and other random logos!) to travel around the blog... it changes over time

pull your hair out 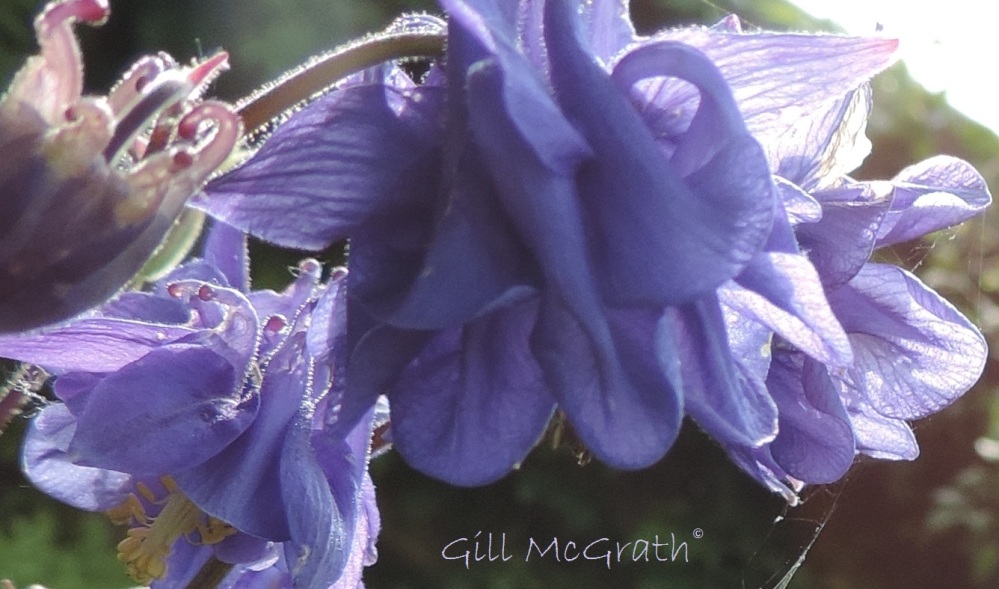 Today, in the sun, I picked up the hose connected to the garden tap, and turned it on and found the water that shot out was hot. Again! It must have felt like another delicious warm bath to the tiny aquilegia seeds on the receiving end in their nursery tray.

Greenfly and slugs do not eat aquilegia. It’s why I decided that this year I would try and let these flowers run riot and so I am now specialising in growing ‘columbine’ or ‘aquilegia’ a weed to some people. I have noticed my existing beds of columbine (any untended rough points in the garden!) are virtually indestructible as well as delightful. They go on and on cheerfully producing my favourite shades of mauve and blue although gardening neighbours round here are almost embarrassed if their gardens show signs of it. But I call it one of my official weeds.

Three weeks back I bought a packet of aquilegia hybrid seeds to try and increase their presence while diversifying the beautiful mauves pinks and blues I already have. Now it seems I am getting somewhere, the new babies have arrived and are in second leaf.

The aquilegia seedlings were not due to appear at all just yet. According to the packet it should have taken three months for the seeds to dare to be. To hurry them it recommended forcing the seeds, by putting them in the freezer for a week, to shock them and brings them forward! Something to do with the contrast in temperatures…..
Well I just found out (two weeks after planting) that these babies were having none of it (a hostile shot of ice, and then what?). They have appeared, loving nothing more than their daily late afternoon sun warmed bath. They have woken up, in just two weeks (with warm feet!) looking good and ready to go! Suits me………and not a slug in sight!